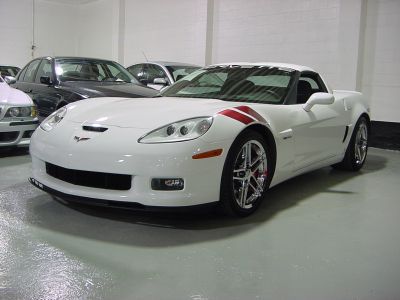 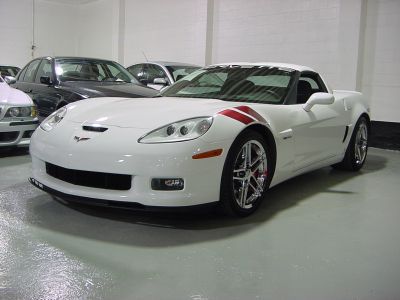 Limited build to 399. This127th, Ron Fellows Z06 says Super Car all day long. This fantastic example of American muscle, named for the ALMS Winning Driver Ron Fellows, is an absolute collectable and an incredible road car. The 2007 Z06 based Corvette is dressed in Arctic white with notable red fender striping, ten spoke polished alloy wheels. The LS7 power house has 512hp giving 0-62 MPH in 3.9 seconds and a top speed of 199 MPH. Ron Fellows is a fan favorite driver who has accomplished great heights as a professional driver. This example of Americana will bring you to similar heights while driving any where in the world! Ron Fellows signed #127! Low number!