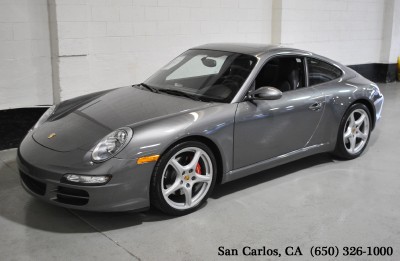 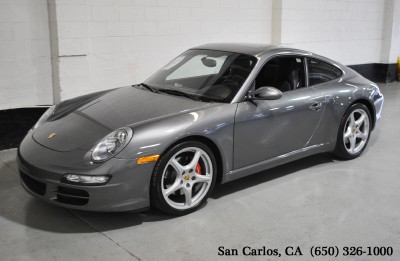 Painted in Meteor Grey Metallic, this one owner Carrera S has been lightly used for the last 4 years.The odometer reads just over 16,000 miles and it looks as fresh and well-maintained as you would expect. Service was recently performed at Carlsen Porsche in Menlo Park.

The Carfax has zero issues and just further reinforces the strengths of this Carrera S.Drop us an e-mail or phone call to come take a look for yourself.

The Porsche 997 variant has enjoyed the most success of any 911 to date.Critically acclaimed, many call this the best 911 ever.Top Gears Jeremy Clarkson, who is not known for his love of the brand, even said that it will, make love to your fingertips and stir your soul.

Porsche first added the letter "S" to the 911 back in 1967 when it equipped the car with a 180-hp, high-compression version of the original air-cooled, 2.0-liter flat-6 at that time the most powerful 911 ever sold to the public. Back then Porsche said the "S" stood for "Super." If it doesn't now, it should.

The standard 911 Carrera uses a 325-hp 3.6-liter version of Porsche's DOHC, 24-valve flat-6. In the Carrera S, that engine is bored out to 3.8 liters. Add in an additional half-point of compression ratio (11.8:1 for the S), a few tweaks to the "VarioCam Plus" controlled camshafts, valvetrain and intake manifold and the result is 355 hp and an absolutely obese torque curve.

Beyond the additional wallop, the S packs 1-inch-larger 19-inch diameter wheels, 30mm-wider rear tires, larger disc brakes at all four corners, round instead of oval exhaust pipes, and a few interior visual tweaks like gauge faces finished to appear like aluminum. It's just enough to set the S apart, and not so much as to strip away its civility.

Please note that because the amount you offered was below the full Asking Price of $56,995, this offer will be considered but it is NOT guaranteed to be accepted, nor will it take precedence over other offers and you risk losing your opportunity to purchase this vehicle.