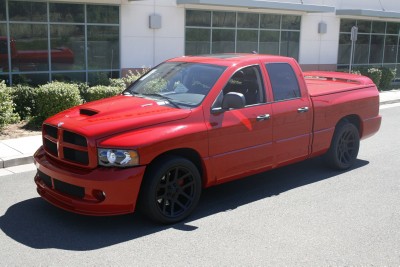 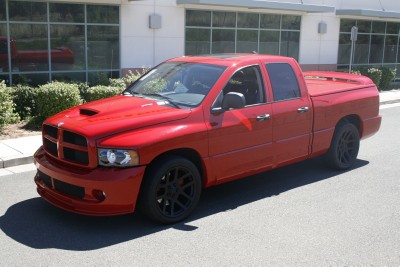 This vehicle is on Display and Available for Purchase at our Benicia Showroom 707.748.4000 or sales@specialtysales.com

The Dodge Ram SRT-10is a sport pickup truck produced by American automaker Dodge in limited numbers. It was introduced at the January 2002 North American International Auto Show, but was not put into production until 2004. Unlike previous Ram trucks the SRT-10 was built solely for the purpose of speed!

PVO engineers modified the Ram Heavy Duty's rack and pinion steering and independent front suspension for use in the Ram SRT-10. A fully hydroformed Dodge Ram frame was used in conjunction with a custom-tuned suspension, lowering the Ram SRT-10's ride height one inch in the front and 2.5inches in the rear. Bilstein shock absorbers, performance-tuned springs and unique aerodynamic aids were used to enhance the Ram SRT-10's higher-speed performance. An additional 5th shock was used on the rear axle to prevent wheel hop during occasional wheelspin.

Contact us today to get your hands on this pristine, low mileage example!