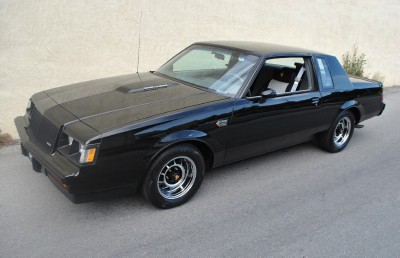 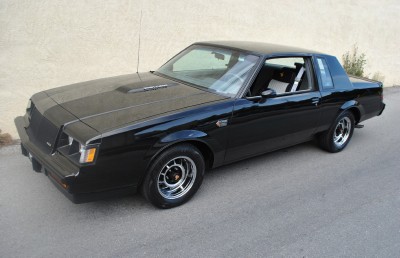 The 1987 Buick Grand National has become an addition on many car enthusiasts' wish lists over the past few years.Completely blacked out and menacing the Buick Grand National was muscle car like in appearance and showed that technology could be used in place of larger displacement.Powered by a 3.8L V6 turbocharged motor the Buick Grand National was the performance edition of the Buick Regal and lived up to its claim. In 1986 and 1987, an intercooler was added to the engine package, which raised the output to a dramatically underrated 235 hp. This enabled the Grand national to accelerate faster than any other American manufactured car during this time, including the Corvette, Mustang and Camaro.

This particular Grand National has seen just 30,235 original miles and has been owned and maintained by a local marine mechanic who took exceptional care of the car.The black paint is in very good condition and the only signs of any flaws include a small door ding on the passenger's side door, and some rock chips on the front fascia.The black and grey interior is spotless and the car recently received a new headliner as well. All of the power functions are working properly, windows, radio, driver's seat, and air conditioning.The only item that does not currently work is the power lock button.

This is an investment quality Grand National that will likely become even more popular as a new generation of enthusiasts re-live their dream of owning one of the best cars of its time.

This Vehicle Is Located At Specialty SalesofSan Carlos**