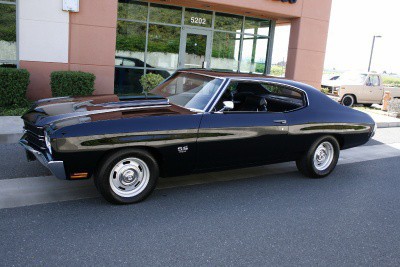 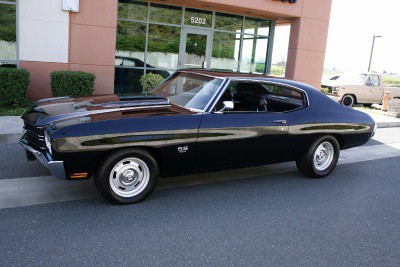 The new SS 454 package cost $503 and included a 360-bhp hydraulic-lifter 454 called the LS5. Then there was the LS6. This was the take-no-prisoners 454, with a 800-cfm Holley four-barrel on an aluminum manifold, 11.25:1 compression, solid lifters, four-bolt mains, forged steel crank and connecting rods, forged aluminum pistons, and deep-groove accessory pullies. No production engine ever had a higher factory horsepower rating. With mandatory options -- including either the Rock Crusher four-speed or special Turbo 400 automatic -- total cost for an LS6 was more than $1,000. Axles ranged from 3.31:1 to 4.10:1, with Positraction a $42 extra. The SS Chevelle had a handsome new dash, and on the road, exhibited far more poise than its weight and size would suggest. But the LS6 made it a superstar. Sub-14-second ETs at over 100 mph were routine. But the LS6's thunder also seemed to signal an approaching storm, one that would dampen muscle for years to come. Testers sensed it. "Without even raising the specters of insurance and social justice," said Car Life after an LS6 experience, "it's fair to say that the Supercar as we know it may have gone as far as it's going

Please note that because the amount you offered was below the full Asking Price of $114,990, this offer will be considered but it is NOT guaranteed to be accepted, nor will it take precedence over other offers and you risk losing your opportunity to purchase this vehicle.