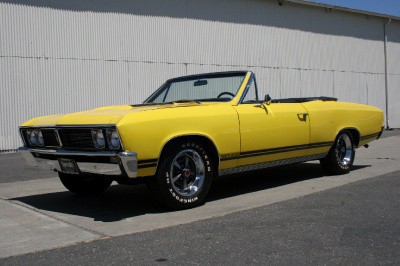 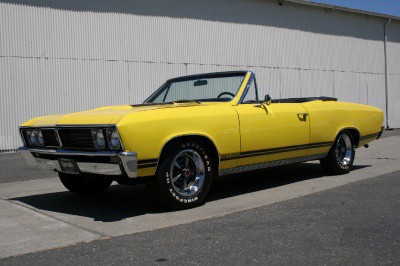 We are pleased to offer this stunning '67 Beaumont Custom Convertible. If you have never seen or even heard of the Beaumont, that is because it was never sold here in the US. This is GM's Canadian hybrid muscle car built from both Chevrolet and Pontiac components. Many refer to it as the Canadian Chevelle.

To avoid tariffs imposed by the Canadian government, GM produced some cars with Canadian content that were distinctively Canadian. Mid-sized cars looked like Chevelles but had Pontiac hallmarks like the split grille; they were called Beaumonts. By 1970, the trade laws were relaxed; the unique Beaumont became superfluous and was discontinued.

Sold by Pontiac dealers starting in 1964, Beaumonts carried their own styling, which was influenced by Pontiac's trademark split grille. The SD (Sport Deluxe, NOT Super Duty) was the high-line version of the Beaumont, which originally started as the high-line Acadian. Sport Deluxes initially included the same engines as the American Chevelle, but starting in 1967, they were analogous to the Chevelle SS396; however, the SD396 didn't offer the 396/375 like its American counterpart.

This particular example started out as a 327 V8 but was restored to represent its heritage to the top-of-the-line Beaumont SD396 Convertible of which only 66 where produced in '67. Finished in bright Yellow with Black stripes over Black interior and Black Power Top, Power Steering, Power Brakes. Powered by its 396 V8 with apx 5k miles since being overhauled, TH400 Automatic. If you are looking for that classic '60's convertible muscle car, but want something a little different, then you must check out this stunning Beaumont!

The car is listed as a Chevrolet since this is what it is titled and registered as here in California.