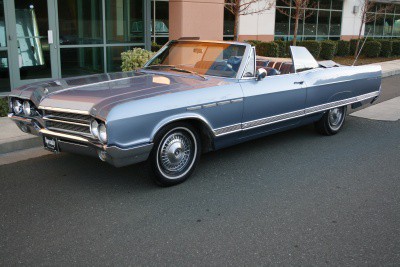 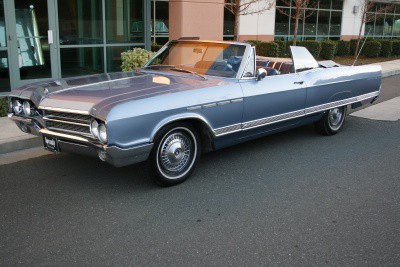 Located at our Benicia Showroom 707.748.4000. For our entire inventory go to www.specialtysales.com This beautiful Buick Electra 225 "deuce and a quarter with a drop" is finished in the origial blue color over a blue interior and features a 445 CIDV8, Automatic transmission, Newer Top and is LOADED!

The Buick Electra was a full-size premium automobile built by the Buick division of General Motors. The Electra name (in various manners) was used by Buick between 1959 and 1990.

Prior to 1959, the Roadmaster and the Limited constituted the upper echelon of Buick's lineup. For 1959, they were renamed the Electra and the Electra 225 respectively.

The year 1969 also brought a major restyling to the Electra 225 with somewhat crisper bodylines than 1965-68 models, but continued with the same chassis and inner body structure introduced with the 1965 model, along with the 126-inch (3,200 mm) wheelbase. The 1969s were also the first to offer headrests as standard equipment due to a federal safety mandate, and the steering column with ignition switch that also locked the steering wheel with the transmission in "Park", a feature found on all 1969 GM cars one year before it became a federal safety mandate in 1970. Also new was a variable-ratio power steering system combined with revised front suspension tuning called "Accu-Drive."

Other changes included ventless front windows and the elimination of rear fender skirts. The same assortment of base and Custom models were offered in 1969 with the "Limited" trim package available on Custom sedans and coupes. A new option available with the Limited package was a split 60/40 bench seat with center armrest.

Please note that because the amount you offered was below the full Asking Price of $15,990, this offer will be considered but it is NOT guaranteed to be accepted, nor will it take precedence over other offers and you risk losing your opportunity to purchase this vehicle.