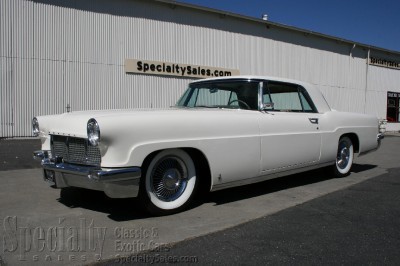 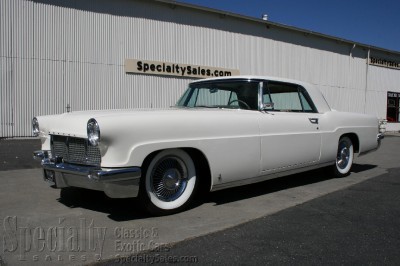 Exceptional \'57 Continental Mark II Hardtop, Although technically these cars weren\'t made by Lincoln, but rather by the short-lived Continental Division of the Ford Motor Company. The original sticker price on the Mark II\'s were $10,400, twice the price of the 1956 Lincoln. Much of the car was assembled by hand and Ford claimed it lost $1,000 on each Mark II it sold. Due to this it was only produced for 2 years (\'56-\'57) and in total only about 2,994 were made (only 444 produced for \'57). It is believed that approx only 1,500 still exist today. This car has always been garaged and well taken care of, Solid and clean throughout, Factory Rebuilt Engine installed in \'82 at 77,305 miles, Rebuilt transmission in \'83 at 82,360 miles, Looks and Drives Excellent, Don\'t miss this opportunity to own one of the rare, elite automobiles of the 50\'s owned by the likes of Elvis Presley, Frank Sinatra, Louie Prima, Dwight Eisenhower, Barry Goldwater, Spike Jones, Nelson Rockefeller, Henry J. Kaiser, Howard Johnson, the Shah of Iran, and many other celebrities.

Please note that because the amount you offered was below the full Asking Price of $42,990, this offer will be considered but it is NOT guaranteed to be accepted, nor will it take precedence over other offers and you risk losing your opportunity to purchase this vehicle.