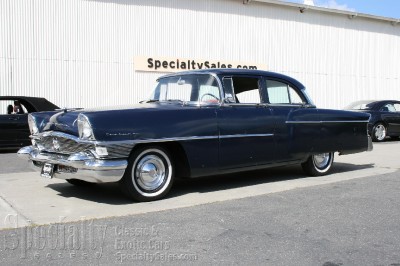 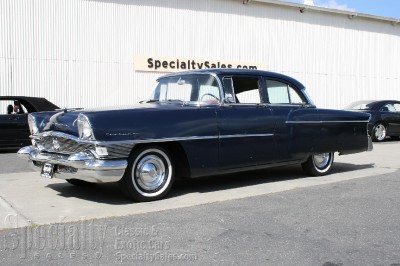 For additional pictures and information, view our entire inventory at www.specialtysales.com

_(Model year 1956 finally saw Nance's dream of Clipper as a separate marque realized, although by this time, most experts would later agree, it was too late. The Clipper was now its own separate registered marque, manufactured and sold by the Packard-Clipper Division of Nance's Studebaker-Packard Corporation.

Existing Packard dealers were required to execute a Clipper dealer franchise sales agreement, but once again, most cried foul and, not long into the model year, "Packard" script emblems began to be placed on the decklids of new Clippers that rolled off of the company's Detroit assembly line. In a complete reversal of Nance's strategy, the emblems were also made available for placement on already-built cars that were languishing on dealers' lots across the country.

By the summer of 1956, Studebaker-Packard was in deep financial trouble. The Packards and Clippers were not selling at anywhere near a profitable level, and the company's creditors refused to advance any further money to the company for new tooling that would have allowed Nance to finally realize his ultimate goal of sharing body components among the company's three lines of cars. In late July, the final Packards and Clippers rolled out of the Conner Avenue factory. No one knew what the future might bring.)_

FOR MORE PICTURES AND VIDEOS GO TO WWW.SPECIALTYSALES.COM

Please note that because the amount you offered was below the full Asking Price of $7,990, this offer will be considered but it is NOT guaranteed to be accepted, nor will it take precedence over other offers and you risk losing your opportunity to purchase this vehicle.