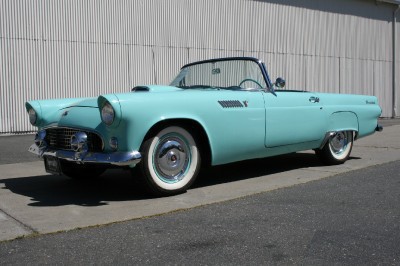 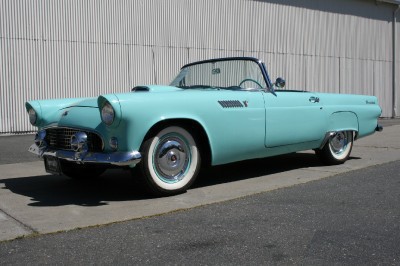 Solid '55 Ford Thunderbird Roadster finished in Thunderbird Blue (Teal) over Teal/White interior, Powered by its 292 V8, Automatic Transmission, Fender Skirts, Both Hard and Soft Tops, Exceptionally clean inside and out, Looks and drives like a top!

As standard, the 1955 Ford Thunderbird included a removable fiberglass top; a fabric convertible top was an option, although commonly specified. The engine was a 292 Y-block V8. The car had fender skirts. The exhaust pipes exited through twin bumper guards, which are bolted to the rear bumper.