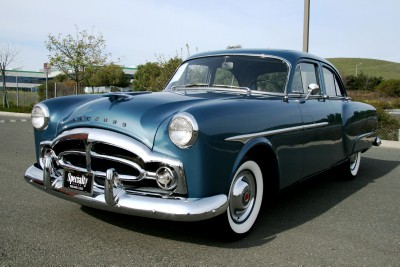 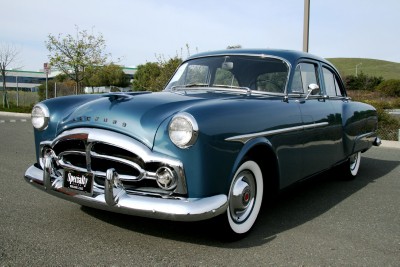 This Packard 200 Sedan was professionally restored to Original Specificationsin Arizonaless then 10 years agoand, since then,has been conscientiously maintained (records and receipts on file) andhas always beengaraged. It is Showroom Condition.

The 1951 Packard 200 was introduced on August 24, 1950, taking the place of the low-line Packard Standard models which were eliminated for the 1951 model year. The 200 debuted as part of the fully redesigned Packard line, attributed to John Reinhart. Replacing the bulbous 1948-1950 Packards in the 22nd and 23rd Packard Series, Reinhart's "High Pockets" design was more formal than its predecessor, and would serve Packard until the end of the 1956 model year when true Packard production ceased.

Items which have since become standard to the auto industry since the late 1960s such as heater, radio, tinted glass, carpeting, etc., were all optional on the Packard, as well as other premium cars during that era. Packard also became the first car-maker to offer power-brakes in 1951. Easamatic as they were trademarked, were a product of Bendix and an exclusive to Packard.

Please note that because the amount you offered was below the full Asking Price of $19,995, this offer will be considered but it is NOT guaranteed to be accepted, nor will it take precedence over other offers and you risk losing your opportunity to purchase this vehicle.