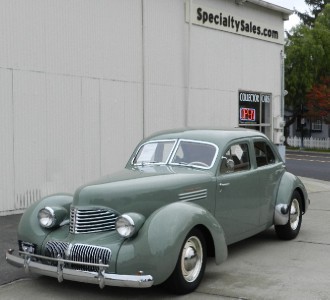 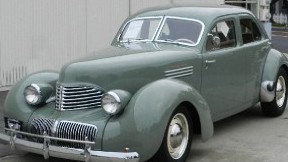 1941,Graham Hollywood, approximately 1,400 of these cars were built in 1940 and only 400 were produced in 1941. From the cowl back, 40-41 Graham Hollywood body is a carryover from the 36-37 Cord 810/812, designed by Gordon Buehrig. The hood and front finders were designed by John Tjaarda. The Graham was originally equipped with a Continental flathead six-cylinder with some having superchargers. The body is of a monocoque design in that it has an integrated sub frame front and rear rather than an individual frame. Buehrig originally designed the car as a two door, with the rear doors later being designed in and cut to a template to accommodate the rear fender.

Now about this car, it was the tenth from the last Graham Hollywood produced.

Please note that because the amount you offered was below the full Asking Price of $75,490, this offer will be considered but it is NOT guaranteed to be accepted, nor will it take precedence over other offers and you risk losing your opportunity to purchase this vehicle.